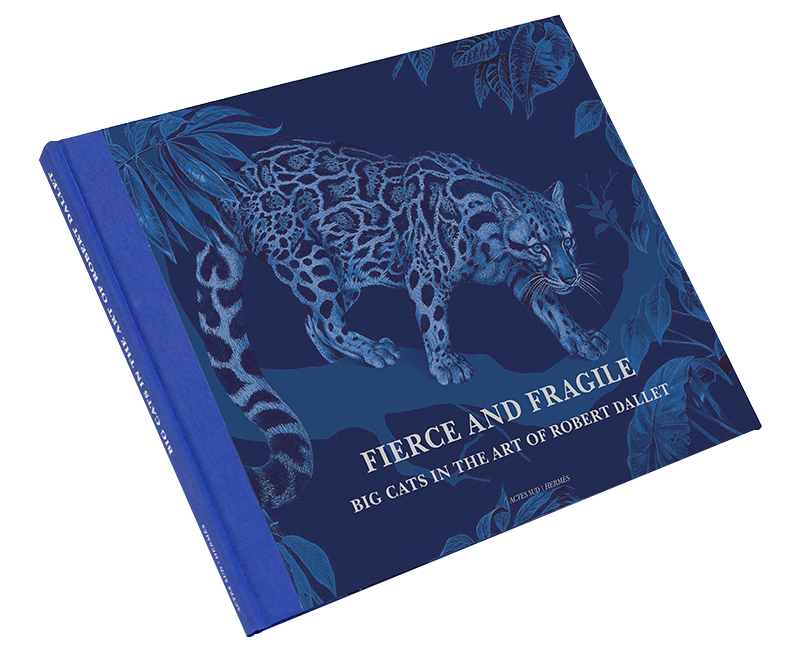 In 2016, Robert Dallet was in the spotlight with the release of a very beautiful book, mainly devoted to big cats in his work.

The book “FIERCE & FRAGILE” was published April 6, by Actes Sud Editions in collaboration with Hermès. It is released in French and in English.

For more informations, go to the website Actes Sud.

An exhibition of the same name, organized by Hermès in collaboration with the Panthera non-profit foundation, was presented for the first time at the Bruce Museum in Greenwich (Connecticut) in the United States, then in Milan, Munich, Hong-Kong, Taipei, Mumbai and Paris.