During the whole life of Robert Dallet and even today, his works have been presented at many exhibitions, in France and in the world. Here are the posters of some of them.

Robert Dallet in front of a painting of an Snow Leopard, in 1992 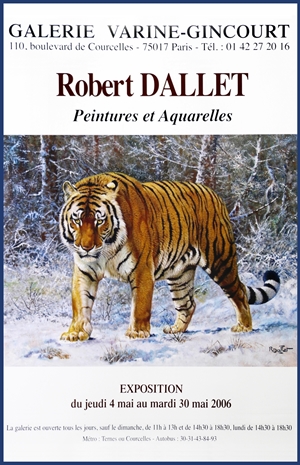 Poster exhibition at “Varine-Guincourt”
gallery in Paris
(may 2006)

Poster exhibition “Félines”,
at the museum of natural history of Paris
(april-may 1985)

Poster exhibition “Félines”,
at the museum of natural history of Rouen
(december 1979 – february 1980) 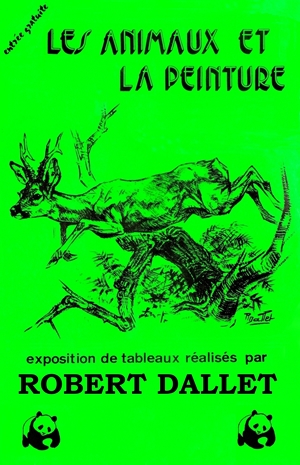 Poster type exhibitions with the WWF,
“Animals and painting”
(70’s) 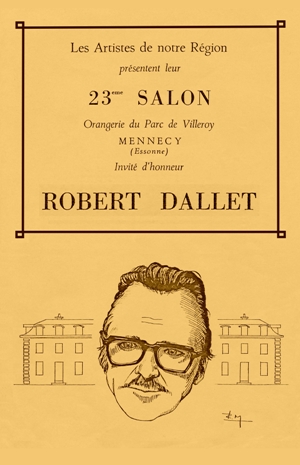 Beetween 1978 and 1983, Robert Dallet realized, among other things, many posters, for the benefit of the national parks of Senegal, among which the main ones. 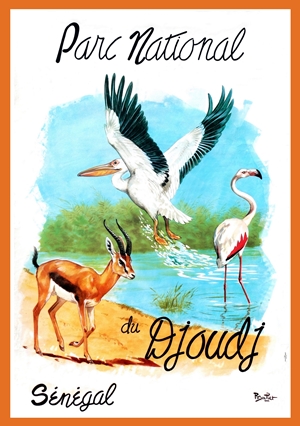 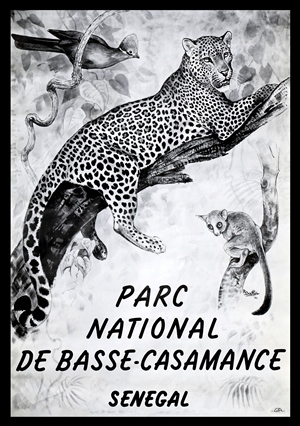 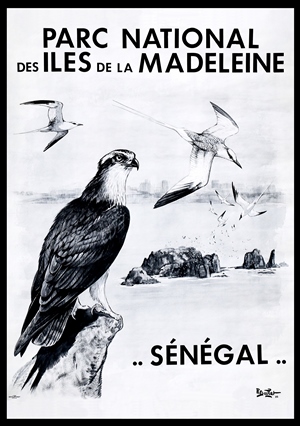 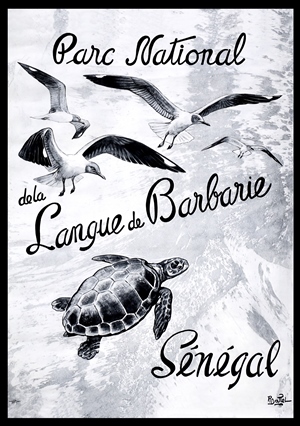 Poster “National park of the Langue of Barbarie”
(1980)

Poster for the protection and preservation of the elephant
(1983)