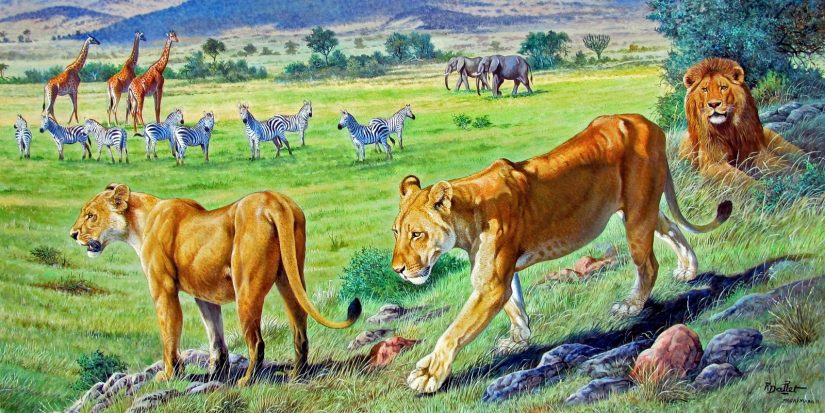 Here is a brief overview of Robert Dallet’s work, through a selection of sketches and paintings. Although felines were his specialty, Robert Dallet was a master of his art, and he was able to make equally striking paintings of other animals, such as elephants, antelopes and birds.

Robert Dallet in front of a painting of an Indian Tiger, in 1992